After our jaunt to God’s mighty gash a little lubrication was in order. The guys wanted to watch The Fight. Michael the tour guy had suggested some place, ‘Granny’ something, but it looked to be a bit of a trek on the map so we just walked into Flagstaff. We went to Maloneys (every town in the entire world has an Irish pub regardless of whether they know where or even what Ireland is). The doorman says that the fight isn’t on inside but it would’ve finished by that time anyway. We go inside, get a round in and sit in a booth. It’s not too busy but hey, we’re just there for a quiet one right…? 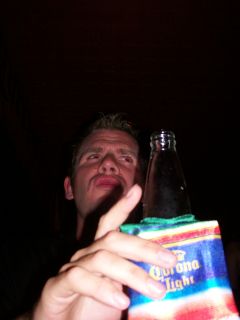 Maloneys gradually starts to fill and we realise it’s Cinco de Mayo whatever that entails. Large bottles of Corona apparently. A large girl sits next to me and touches me. She threatens to see us later as she slides out the booth. Worried by this prospect I tell the guys I’m going go to talk to some different girls. Rosey and Lewis roll their eyes in unison.

The long and short; we ingratiated ourselves to a group and found ourselves in the late bar next door (a familiar tale). Here some girls took to the bar. 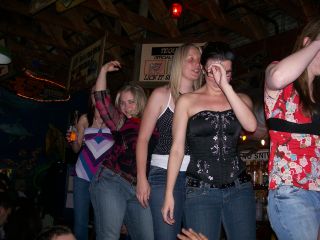 It was a noteworthy night for other reasons. “I got a number!” It was only a matter of time. I mean we play up the accent and claim to take tea with the Queen, who could resist? 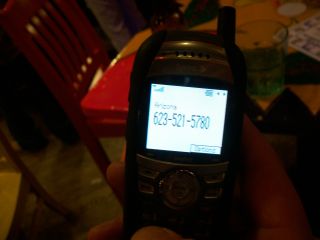 Only one teensy problem. If you phone that number you would not hear the sultry tones of an American temptress. The one person who decided to give me their number was a bloke. Nuts.

The evening carried on as the haze descended and post kebab 5 or 6 of us bundled into a car and headed to someone’s house to continue the festivities. We walked in and I was pleasantly surprised to find a well stocked table of beverage. The guys had their hands full but I grabbed a bottle and made myself comfortable. Just then a bleary eyed girl in a dressing gown appears at the foot of the stairs. “Listen guys,” she said “I don’t want to spoil the party but we’ve got our finals this week and it’s church in the morning.” I took a slug from the bottle and put it back on the table.

Moments later we were bundled back into the car. The girl ferried us back to the hostel and we finally called our quiet drink to a belated close.

On seis de Mayo we felt a tad tired, but as a Sunday we stuck to tradition and went for a round of frisbee golf. Not before stopping at this dream wettingly disc laiden shop display: 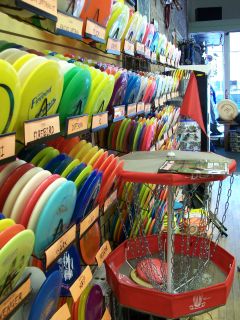 Tiger in the Woods. 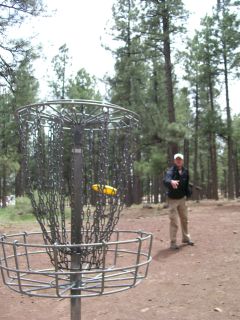 In conclusion, Flagstaff got the RCL seal of maximum approval. Take that Lonely Planet.